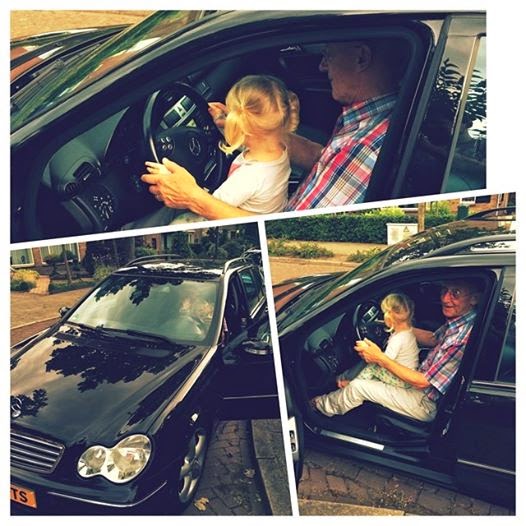 We had a great weekend just gone.  The weather was fabulous and the Netherlands defeated Costa Rica to move into the semi finals.

Dave bought us a new car. I like to call it the “Clarkterstraat Tank”.  It feels a lot bigger than the ‘green wheels’ cars we have been using.

We tested it out by driving down to the see the family.  We’ve been here 5 months, and have seen them quite a bit, but now we have the car, I think we’ll be seeing them more often.

A trip to the kinderborderij was the order of the day. 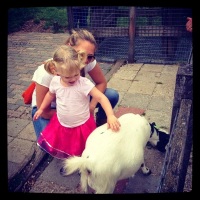 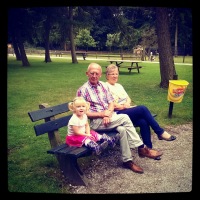 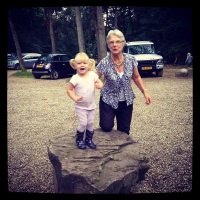 As most of you know, Miss A’s Oma and Opa are no longer with us.  To watch her interact with her Oma’s brother and sister in law is super sweet.  She walked into their house, like she owned it.  She couldn’t get enough and at the end of the day she decided that she’d like to stay the night with them……. Until we got in the car and she politely told Ome M that she’d actually like to go home with her Mum and Dad. 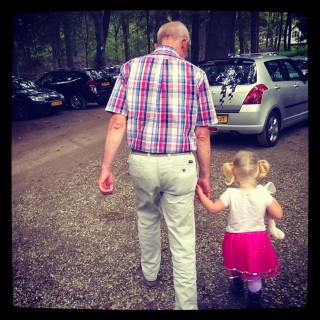 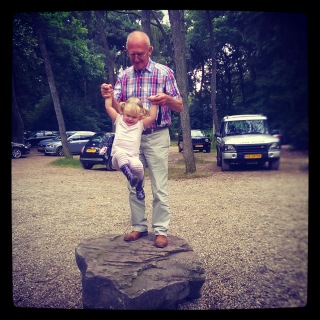