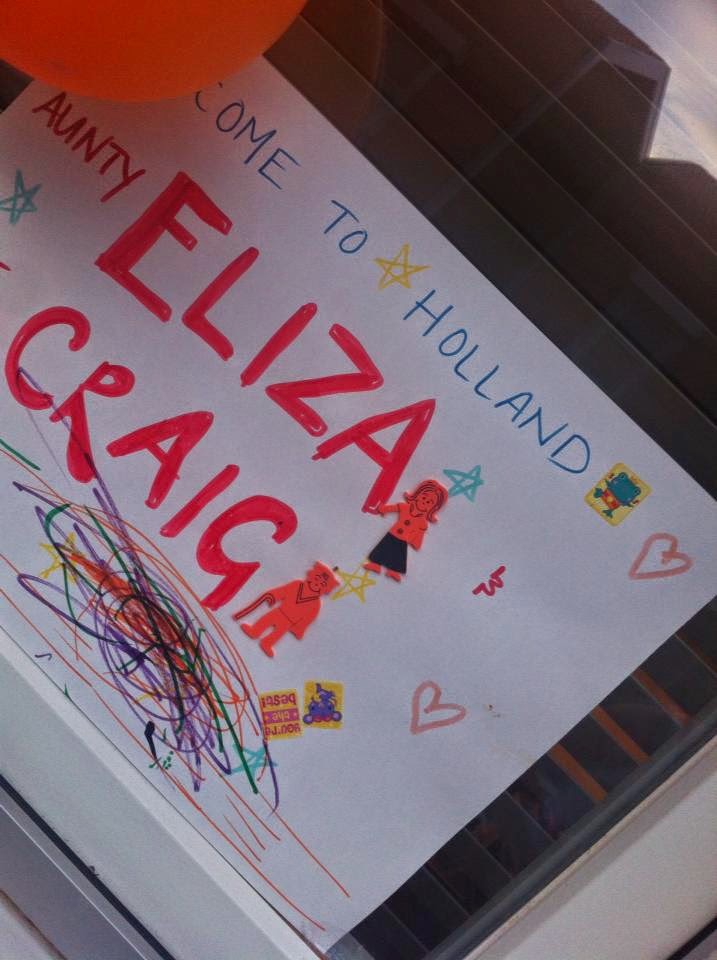 We said goodbye to Dave’s brother and sister in law today.  It was harder than I thought. 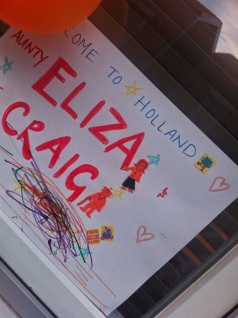 We had such a fun weekend.  Exploring our own town, with our guests as an excuse.

Wine and cheese and glorious fast conversations, no need to translate, or give a back story.  Hysterical giggles with orange wigs.

Watching the relationship between Miss A and Uncle C flourish.  She followed him around like a puppy dog.  When he went to the shower, she stood outside the door with teddy under one arm, patiently waiting.

Miss A fell in love.
Uncle C left the room for a minute and Miss A was distraught.
When we walked UC and Aunty E out of the house, Miss A was perplexed.  Where was her suitcase, she asked.  Are we going on holidays too?

Poor pussy cat, she misses them already.  She walked around the house, pointing out the glasses that were AE’s, and the balloon that AE bought her.  If Uncle C had his way, he would’ve have taken her too.
Thanks for coming, and as AE said, “it was more fun than I thought it would be”.